Meet The Band: The Band Perry 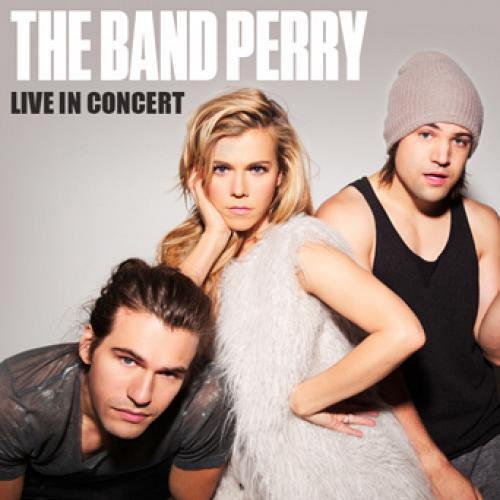 See The Band Perry perform live Saturday, September 17, 2016 in the Tuscany Events Center at the Peppermill. For tickets and more information, visit PeppermillReno.com/BandPerry.

Amid a musical transition, The Band Perry, the award-winning band known for its dynamic country songs with a rock edge, is embracing a more pop sound. By collaborating with producers like Pharrell and Diplo, and leaving Big Machine Label Group after seven years and two albums (the eponymous debut and Pioneer), even the smallest glimpses of Heart + Beat, the group’s third album, showcase a lighter, more colorful musical endeavor without alienating their loyal fans.

The cover art for “Live Forever” – the first single off of Heart + Beat produced by RedOne (Lady Gaga, Nicki Minaj, Pitbull) –  is adorned with canary yellow, a vibrant color that is featured heavily in the music video, which visually establishes the band’s shift toward a more pop/mainstream feel. “We create with images in our mind,” said Reid Perry (bassist and background vocalist) in a 2015 article by Rolling Stone Country. “Pioneer was like black leather; this time, we’re just thinking in a lot of color.”  While instrumentally the song slightly veers away from the band’s southern country tone, the lyrics stay true to previous The Band Perry albums.

Making a conscious choice to record in familiar and new territories, the siblings (Kimberly, Neil and Reid Perry) have enabled themselves time to be creative in this new musical space they are venturing toward. “We’re working with a lot of different collaborators, which has been the really fun part of making this album,” said Kimberly to Rolling Stone Country in 2015. “We’ve made half of it in L.A. and half in Nashville, melding those worlds creatively.”

With the guidance of experienced producers, The Band Perry has not lost sight of what makes their sound special. While working with Pharrell, the hitmaker focused on the band’s skillfully crafted harmonies. “One thing that we worked on with him was this one song where all three of us sing different interwoven vocals on the verse and on the chorus,” says Kimberly to CMT’s Cody Alan in 2015.

Harmonies and energetic stage presence seem to come naturally to the group, but the ease onstage has come from years of performing together. Kimberly started off the family’s musical future when she first created and sang lead vocals for her own band as a 15 year old in Mobile, Alabama, while 10-year-old Reid and 8-year-old Neil became her roadies. Not long after, the boys started their own band and served as the opening group for their older sister, traveling to malls, campgrounds and fairs in the family’s 36-foot motor home. Members of both bands came and went, but the Perry siblings, steadfast in their love for performing and unconditional support from their parents, finally formed as a band.

“Sometimes there’d be more people onstage than there were in out in the crowd,” Kimberly states in the band’s online bio. “But our parents, who had no legitimate experience in the music industry, said, ‘We’re not going to allow you to have a fallback plan. You were born to do music. We’ll support you, we’ll help you figure it out. This is what you need to do with your life.”

The newly configured band then continued touring for the next 10 years, allowing them to perfect their harmonies, songwriting skills and rock and roll inspired live performances. Father Steve Perry raised his three kids on The Rolling Stones, The Who and Queen, and their influence is evident when seeing The Band Perry live and in their element.

In 2009, the band signed with Universal Republic, and the following year released its hit self-titled debut, which featured No. 1 singles “All Your Life” and “If I Die Young” – the fourth largest country digital song in history according to Billboard. The band’s sophomore album Pioneer continued the band’s success on the charts, snagging the group’s first No. 1 on the Top Country Albums chart. The songs – featuring electric guitars, more background vocals and hard-hitting drums, compared to the softer, less rock and roll debut album – were more in line with The Band Perry’s onstage vivacious disposition.

During the span of the two albums, The Band Perry has received multiple ACM, CMA, Grammy and CMT Music awards, as well as Teen Choice, AMA, ACA and Billboard Music award nominations. The band’s third album is no exception to earning accolades with the song “Live Forever,” having been chosen as Team U.S.A.’s official song for the 2016 Summer Olympics.

Freshly out of the recording studio, The Band Perry is hitting the road in anticipation of their new album, Heart + Beat, due out this fall. The lead single “Life Forever” was named the official song of Team USA for the Rio 2016 Olympics earlier this year, and the group’s latest single, “Comeback Kid,” has been a major hit on country radio since its release in August.