Top 15 Things to do in February

Shake off the snow and hit the streets, as the Reno region has lots to offer residents and visitors this month. Shows, sports, and spirits await, as do fundraisers for really great causes.

Dayton Valley Chili Cook-Off – Combine your love of football and chili on February 5 as the Dayton Chili Cookers partner with the Healthy Communities Coalition of Lyon and Storey Counties to host a game-day fundraiser for the Dayton Food Pantry. Try unique chili recipes from professional and amateur cooks, or enter to win raffle and silent auction prizes from dozens of vendors.

Nevada Wolf Pack Basketball – Enjoy the thrill of college hoops live with the University of Nevada, Reno’s Division I men’s and women’s basketball teams. Both teams will play home games at the Lawlor Events Center throughout February, with the men taking on in-state rival UNLV on February 8 and the women facing Mountain West Conference opponents San Diego State on February 11.

Too Much Light Makes the Baby Go Blind – What happens when stage actors attempt to perform 30 plays in 60 minutes? Find out February 9-11 at the Reno Little Theatre, where the show ends when time is up. Guests will also roll a die to determine their admission price, somewhere between $11 and $16.

Mardi Crawl – The Biggest Little City will feel more like The Big Easy on February 11, as the Mardi Gras-themed crawl takes over downtown Reno. Don your most festive costume to earn bead necklaces at more than 15 stops, and enjoy $3 drink specials, photo booths, and Mardi Gras bowling along the way.

Cocoa for a Cause – Skip the stores this Valentine’s Day and pick up See’s Chocolates from Peppermill Reno on February 12, as the resort hosts a fundraiser to benefit the Washoe Court Appointed Special Advocates (CASA) Foundation. From 10am - 6pm, 12-piece boxes of truffles will be available for just $10 AT LOCATION, with 100 percent of the proceeds being donated to the Washoe CASA Foundation. Appointed by the court, CASA volunteers work diligently to determine what is in the best interest of abused, neglected and dependent children who are the subject of judicial proceedings and ensure that positive outcomes are achieved.

Wild Winter Weekend – Animal Ark wildlife sanctuary opens for one weekend only in February, offering guests the chance to watch bobcats, foxes, wolves, cougars, and other exotic animals frolic in the snow. Dress warmly and pack a camera for this winter wonderland adventure February 18-19. Reserve your spot at animalark.org.

Reno Wine Walk – On every third Saturday of the month, downtown Reno becomes a wine lover’s paradise. Walk the streets of the Riverwalk District and sample wines from more than 20 locations, including salons, shops, restaurants, and bars, on February 18. A portion of proceeds from every Reno Wine Walk will be donated to a different local charity.

National Automobile Museum – Voted one of the 10 best transportation museums in the United States by USA Today readers, the National Automobile Museum is home to more than 200 full-size cars from decades as far back as the 1890s. Explore vehicles owned and driven by celebrities, or see private collections in person. The traveling exhibits are a must-see – “Rovers: Exploring the Moon, Mars and Beyond” is on display through February 21, and race cars are highlighted in “Speed!” through June 1.

Dirty Dancing – Have the time of your life at the Pioneer Center for the Performing Arts when this iconic film comes to life on stage. With just five shows February 24-26, fans won’t want to miss the classic story that features hit songs like “Hungry Eyes,” “Hey Baby,” “Do You Love Me?” and “(I’ve Had) The Time of My Life,” all performed live.

Chris Rock – Legendary comedian, actor, writer, producer, and director Chris Rock brings The Total Blackout Tour to Reno for one night only on February 24. Known for his roles on “Saturday Night Live” and “Everyone Hates Chris,” in addition to movies like  “Dogma,” “Head of State,” “I Think I Love My Wife,” and “Grown Ups,” the multiple Emmy and Grammy award-winning performer is certain to put on an incredible show. Visit renoeventscenter.com for tickets.

Winter Wine, Spirits, and All That Jazz – A red carpet affair set on the campus of the Brewery Arts Center in Carson City, this fundraiser event on February 25 benefits the arts. Enjoy food, wine, beer and spirit tastings as the “Fire and Ice” themed entertainment includes samba dancing, fire performances, live music, and more. 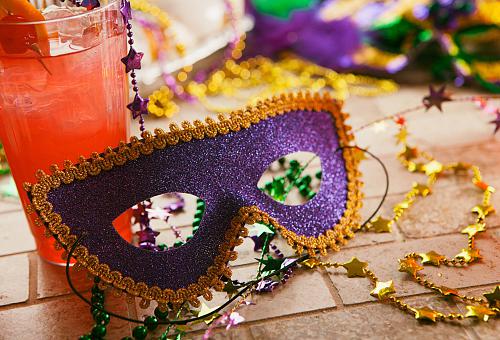 Pinocchio – Full of fun and whimsy, Laughing Owl Productions presents an original adaption of “Pinocchio” based on the story by Carlo Collodi. The two performances on February 25 will be “Out of the Trunk” theatre events perfect for children, with tickets available for just $3.

Reno Mardi Gras – Fat Tuesday takes over the Reno Events Center on February 28 as the Reno Mardi Gras returns for its 25th year. Serving as a fundraiser for the region’s oldest rotary club, the festivities include more than 20 restaurants, local and regional bourbon tasting on Bourbon Street, a beer garden, and more. Come in costume and plan to party the night away!

Incoming! – Located on the University of Nevada campus, Fleischmann Planetarium is home to numerous astronomy exhibits and film features. Playing in their Dome Theatre now through March 19 is “Incoming!” which tells the story of asteroids and comets – and how scientists detect them before they reach Earth – through narrator George Takei. The show is followed by “Ice Worlds,” which explores icebergs, glaciers, and the Antarctic wilderness.